Culture, What To DoByzantine tower, game of thrones, sightseeing

The tower of Prosforion is the landmark of Ouranoupolis located next to its harbor. It's the largest and best-preserved tower in Halkidiki built in the 14th century. The tower is also known as the “Tower of Loch”, both names related to tower’s history.

The first referred to the tower as the principal building of the “metohi” – property of Prosforion, a certain area, which was under the supervision of Vatopedi Monastery. The second name is dedicated to the Australian “Lochs”, a couple who settled in the tower during 1930, as members of humanitarian groups.

Among the most remarkable features of this tower is the diversity of its construction as it has been through at least three main structural-historical phases.

The Byzantine phase (11th-12th century) where the first floor was constructed, the Ottoman phase (1585) where three more floors were added and the interior which is made of wood and it’s dated in the 19th century. 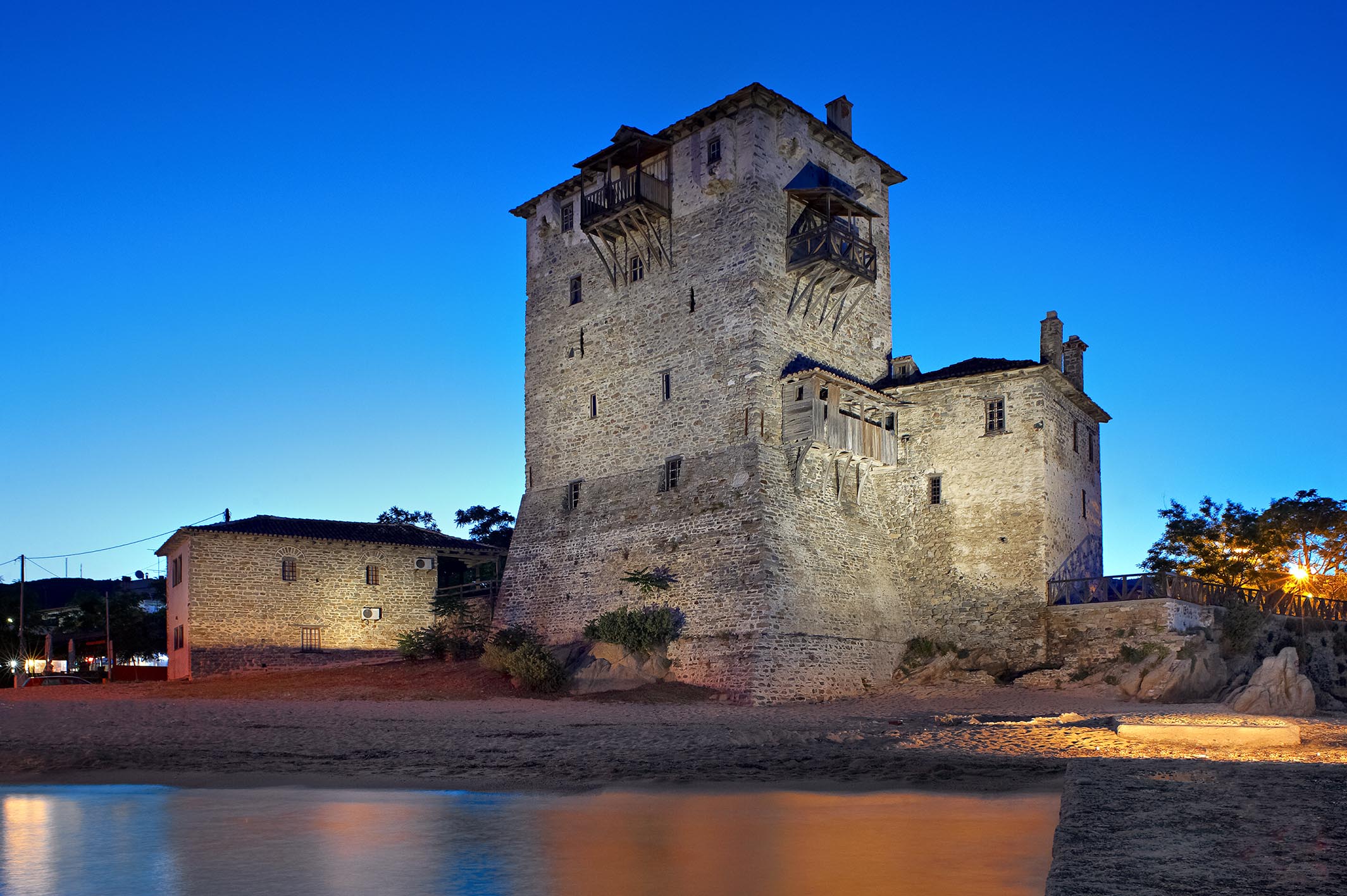 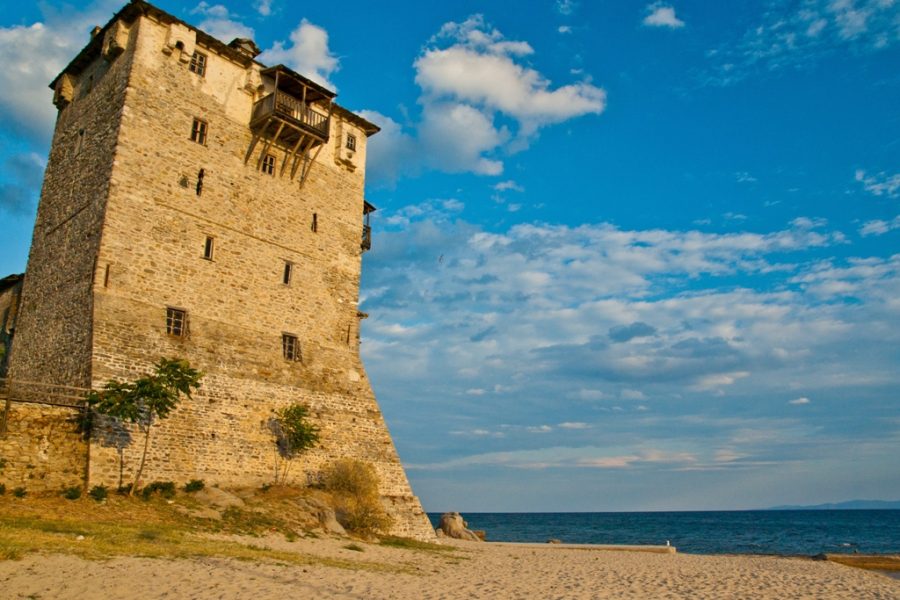 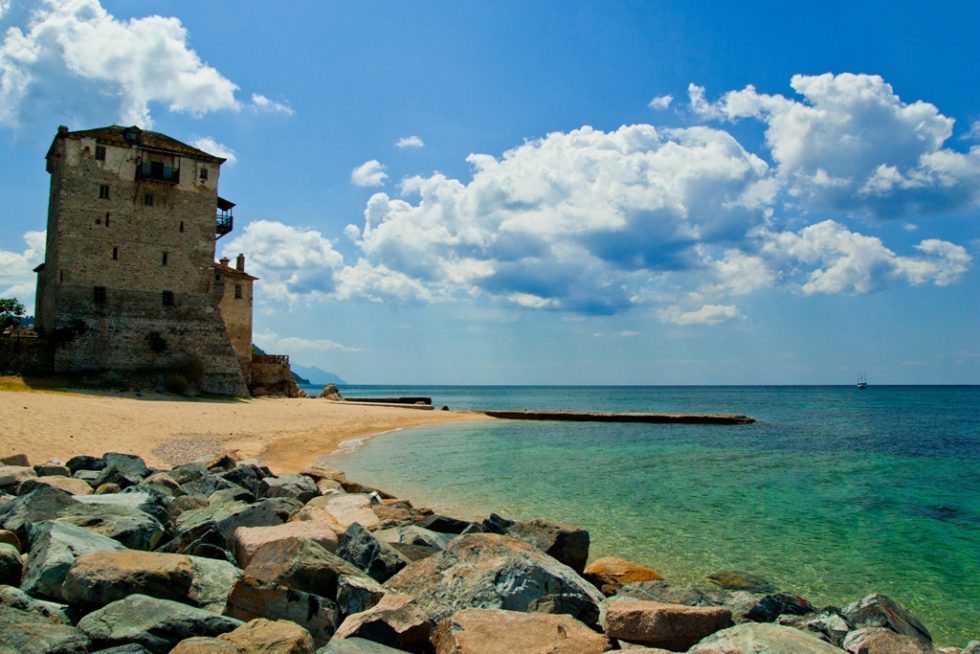 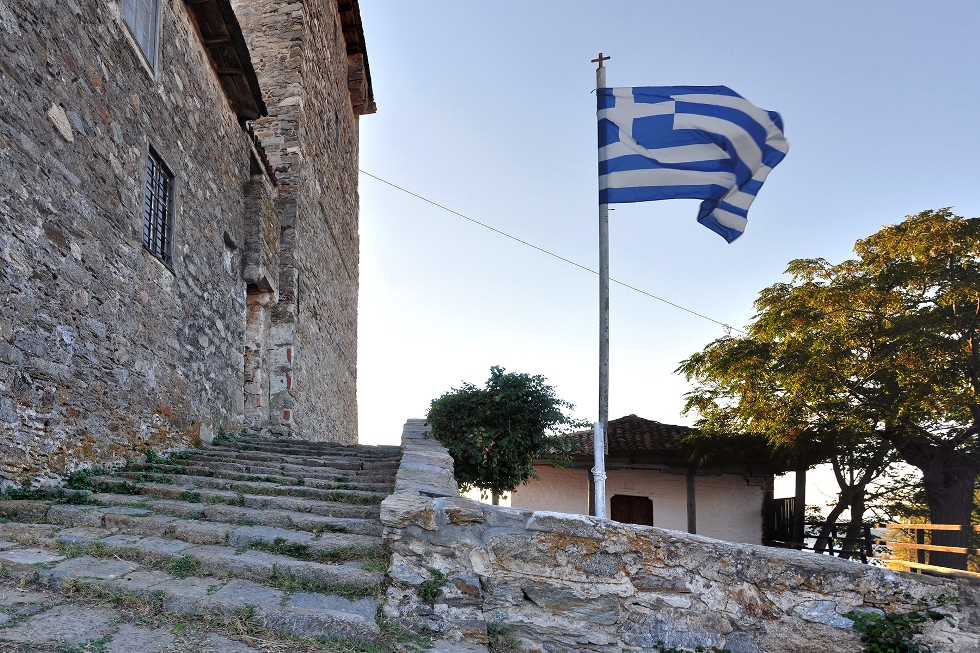 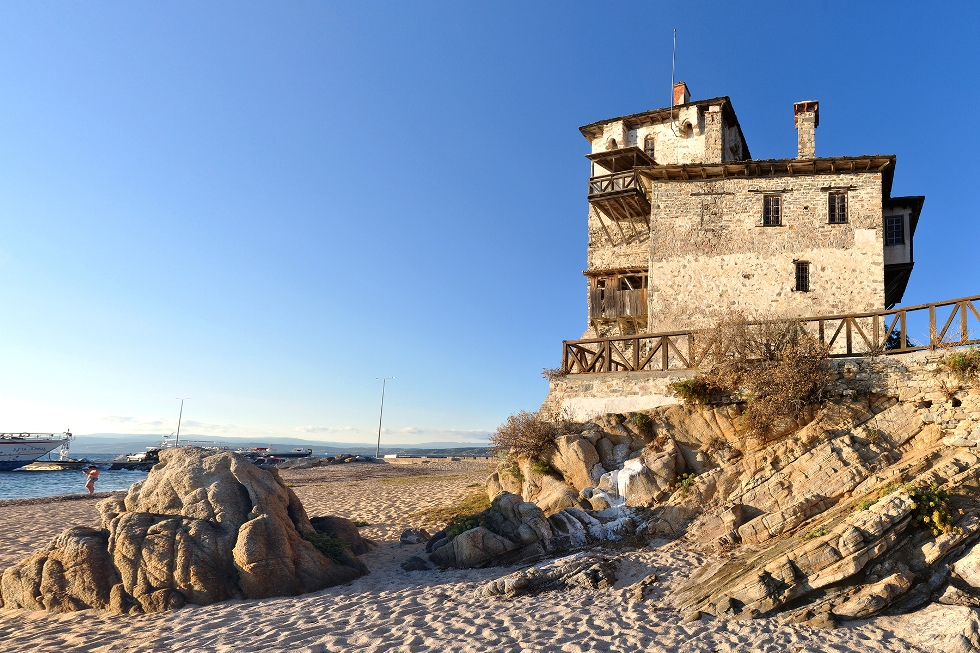 The byzantine phase (11th-12th century) includes the lower building without the two floors. In the next phase, dated during the Ottoman rule and probably after the 1585 earthquake, three more floors were added, two of which are preserved until present day. The third floor might have been another level of battlements. The inner wood paneling of the building and the roof, preserved until present day was built in the third phase and were included in the reconstruction that finished in 1862. The external oblique retaining wall (called skarpas), was built after the reconstruction.

The “barbakas”, i.e. the fortified perimeter, is attached to the eastern side of the tower that seems to be an addition during the early Ottoman rule, with subsequent repairs. The accommodation and storage spaces inside barbakas were designated in the middle 19th century. Arsanas (harbor) is located northwest of the tower, and was built in 1865 together with a pier that nowadays does not exist. It consists of the semi basement storage of the dependency’s boat, the warehouses in the semi upper floor and the upper floor. There were also other buildings: warehouses, barns, olive mills, wells. Nowadays only the “halkadio” and the “kolligadiko” located a little farther, are preserved.

Today, the floors of the tower are used as a museum where ancient finds from Mount Athos, Ierissos, Varvara, Megali Panagia, Palaiochori, Sidirokafsia and Zigos Monastery are exhibited.

Among other things, the museum exhibits two bronze helmets of Corinthian type of the 6th BC, many jewels, the lead bull of the "humble Athanasios", a glass lamp and an elaborate glazed painting.

The story of the Loch:

In the 20th century, the tower of Ouranoupolis was associated with the British-Australian writers and journalists Joyce & Sydney Loch. The Lochs arrived in Europe as members of the humanitarian organisations to supply help to the refugees of World War I. They were settled at the tower and offered much help to the refugees of the Greek-Turkish War (1922) and the victims of the earthquake (1932).

Older people still remember them, they talk about the ”Madam” and Sydney, for helping them during the difficult times after the 1932 earthquake, for the way they used to run around all day long, distributing drugs to the refugees, for how they used to take their lanterns at night and visit people in need. Their largest contribution was the preservation of the traditional patterns of handmade textiles. Sydney designed based on patterns from murals of Mount Athos and Persian carpets. Joice showed how to naturally colour the wool, to the already experienced with weaving, women of the Asia Minor refugees. They both passed away in Ouranoupoli, Sydney in 1954 and Joice in 1982 at the age of 95.

For more than fifty years, they lived together with the inhabitants of Ouranoupolis, wrote books and took care of the tower. At a special part of the exhibition, there are photographs on display and other material from their life and their activity there.

CULTURE NEARBY ACTIVITIES NEARBY NATURE NEARBY BEACHES NEARBY OTHERS NEARBY
Culture, What To DoByzantine tower, game of thrones, sightseeing