The Sanctuary of Zeus Ammon and Dionysus

The Sanctuary of Zeus Ammon and Dionysus

The sanctuary of Zeus Ammon at Kallithea is three related deities were worshipped.

The cult of Dionysos and probably that of the Nymphs began in the late 8th century BC or earlier in a cave in the southern part of the sanctuary.

The cult of Zeus Ammon was introduced in the first half of the 4th century BC, and in the second half of the century a Doric peristyle temple and an open-air corridor running parallel to the temple and flanked by two rows of monumental bases that supported sculpture were built.

The cult of Asclepios was introduced in the same period. In the 2nd century AD the sanctuary reached its apogee: the area was reorganized, the old buildings were altered and new edifices (two oblong buildings for spectators in front of the temple of Zeus Ammon, a balneum-therapeuterion etc.) were built. 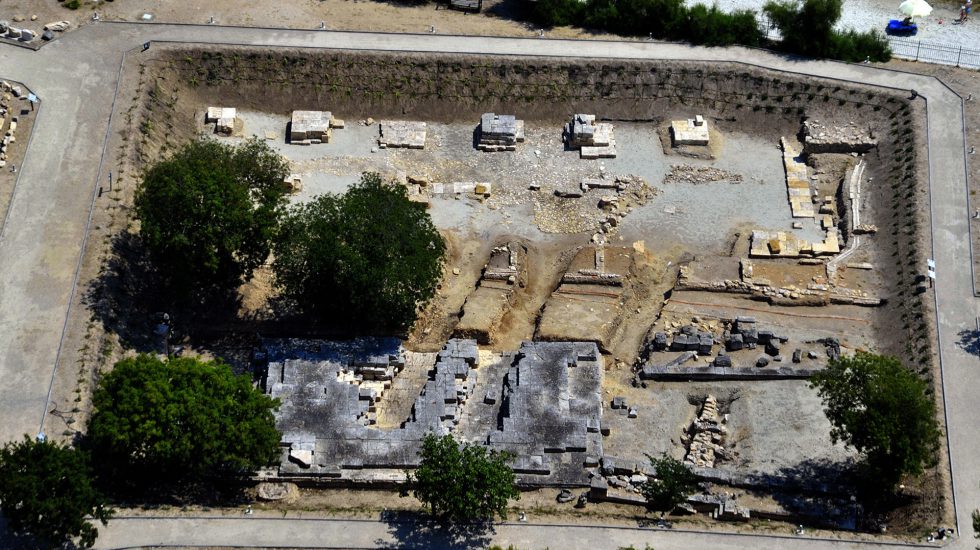 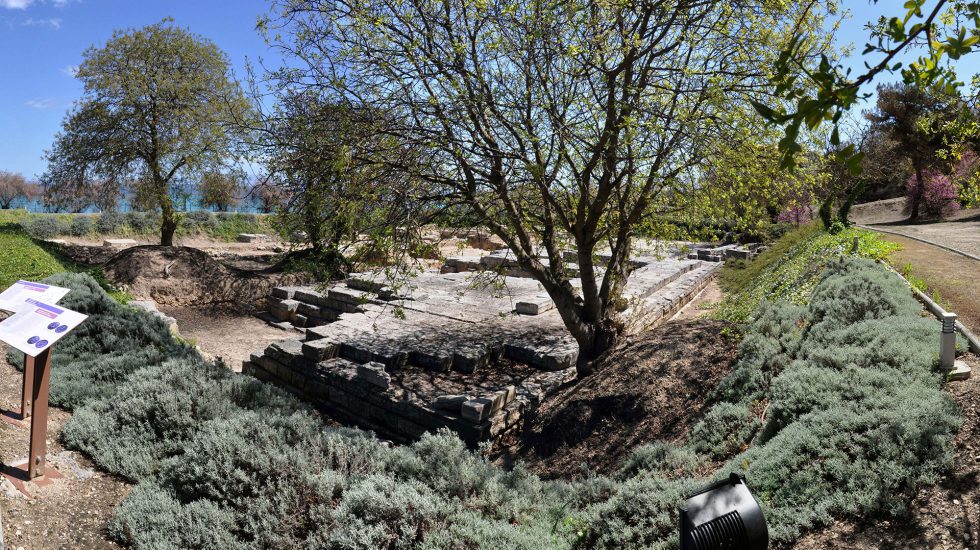 In the late 5th c. B.C. an altar was constructed, but later, during the second half of the 4th century, a peripteros temple of Doric order with stone entablature (superstructure) was built next to the altar.

In the late 3rd or early 2nd century, it was replaced with another one made of marble, while the roof was decorated with embossed and colored clay tiles.

The restoration of its design is possible based on the architectural parts found dispersed.

The sanctuary was retrofitted during the Roman period (1st-2nd c. A.C.) and its material was used to build two terraced constructions (stands) on its short south side and, between them a new small altar was built over the older one. There the devotees would participate in the rites. According to the findings, the Roman period of the temple lasted until the era of the heirs of Constantine the Great, when it must have been destroyed completely.

Part of an Early Christian bath installation (balneae), which was excavated on the southern part of the site, is probably associated with the continuance of worship during the Early Christian centuries and even later, during the Middle Byzantine period.