Ancient Stagira is known for being the birthplace of Aristotle, the greatest philosopher of ancient times and the tutor of Alexander the Great. The city was founded in ca. 655 B.C. by colonists from the island of Andros.

Down to the Persian Wars, Stagira was a free, independent and prosperous city. After the Persians retreated, it became an ally both to the Athenians and later to the Spartans until the city was occupied by king Philip II of Macedon in 349 B.C.

A few years after the destruction, however, Philip himself repopulated the city in return for Aristotle’s, tutoring of his son Alexander. Yet Stagira never recovered its former brilliance and it is henceforth mentioned by ancient authors only on a few occasions, invariably in connection with the great philosopher. An enchanting later written tradition records that after Aristotle died, the inhabitants of Stagira transferred and buried his relics inside the city, in a place called “the Aristoteleion”, a large altar was erected on his grave, and an annual festival was instituted in his honour, called the "Aristoteleia". 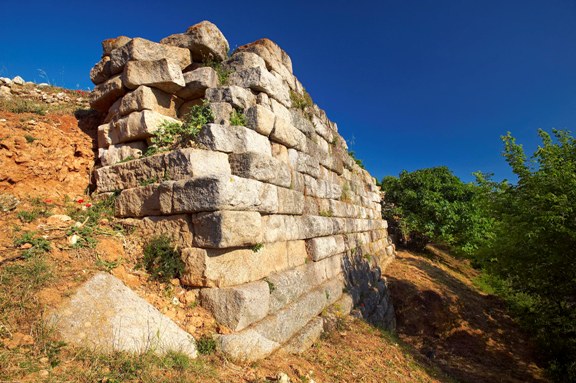 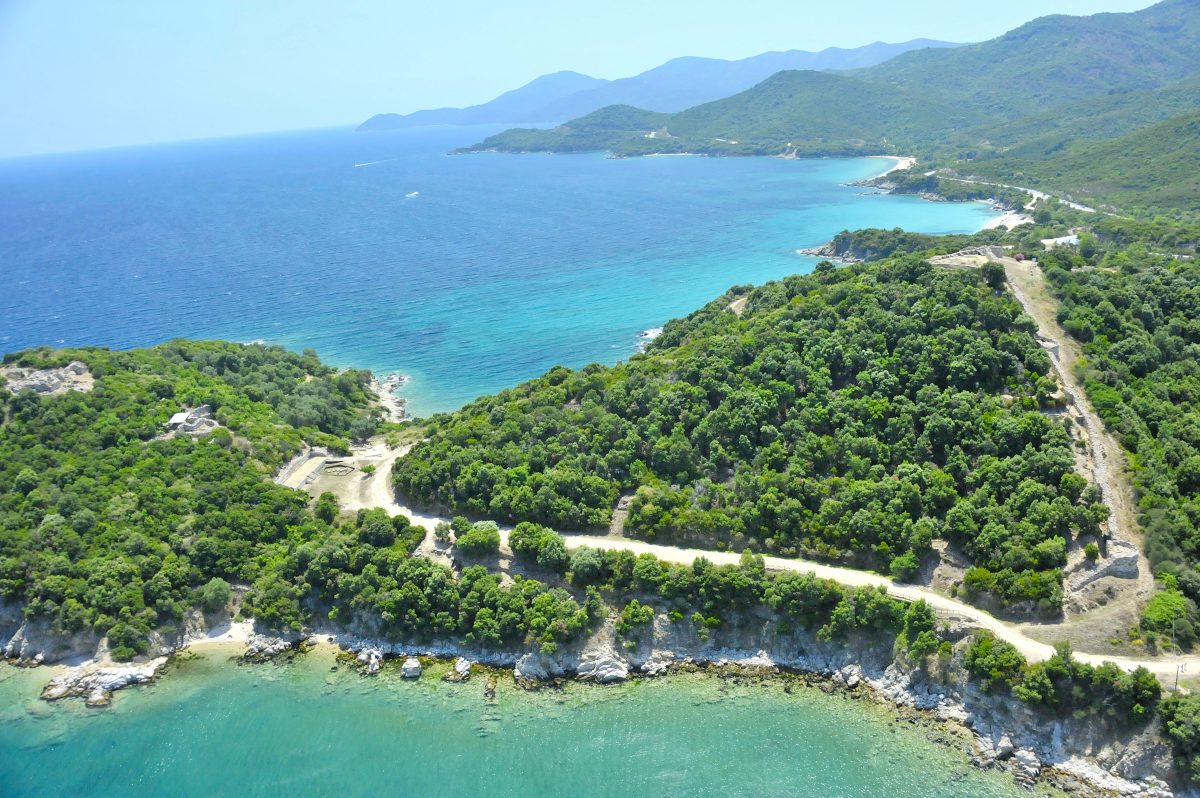 The excavations in the region began in 1960. The most impressive piece that was brought to light is the wall, at the top of the hill that was built in the classic years. The different ways of construction can be distinguished.

The wall determines the western limits of the ancient city, surrounded by the sea. The powerful fortification supplemented round and square towers and ramparts that connected with heavy scales. At the top of the hill also appears the relic of the citadel. At the part behind, between the hills, is the well-maintained remainder from some beautiful, spacious public building, with a gallery and a monumental facade with pillars.