Until 1924, it was a monastery dependency of the Russian monastery, later an annexe of the American Red Cross, while during the Nazi Occupation (1944) it was bombed by the Bulgarian conquerors. In 1999 the City Council of Moudania decided to grant the area to the 10th Ephorate for Byzantine Antiquities, to undertake the necessary restoration works and to use the “Justinian”, as it was named by the archaeologists, as the Center for Byzantine Culture in Halkidiki.

The organization of its permanent exhibition is in process with only two rooms on the ground floor being currently accessible to the public (a reception/ visitors’ service room and a room with antiquities of the Early Christian and Byzantine period).

The Open Antiquities Maintenance Center is already operating in the Solo Building. Three open maintenance workshops covering three main categories of objects: the book (handwritten or printed), ceramics, and the image are formed in the space. Thus, the visitor has the opportunity to watch in real-time the process of preserving antiquities by the staff of the Ephorate. At the same time, on large suspended screens, the detail of the work is presented, either in real-time or video-recorded. 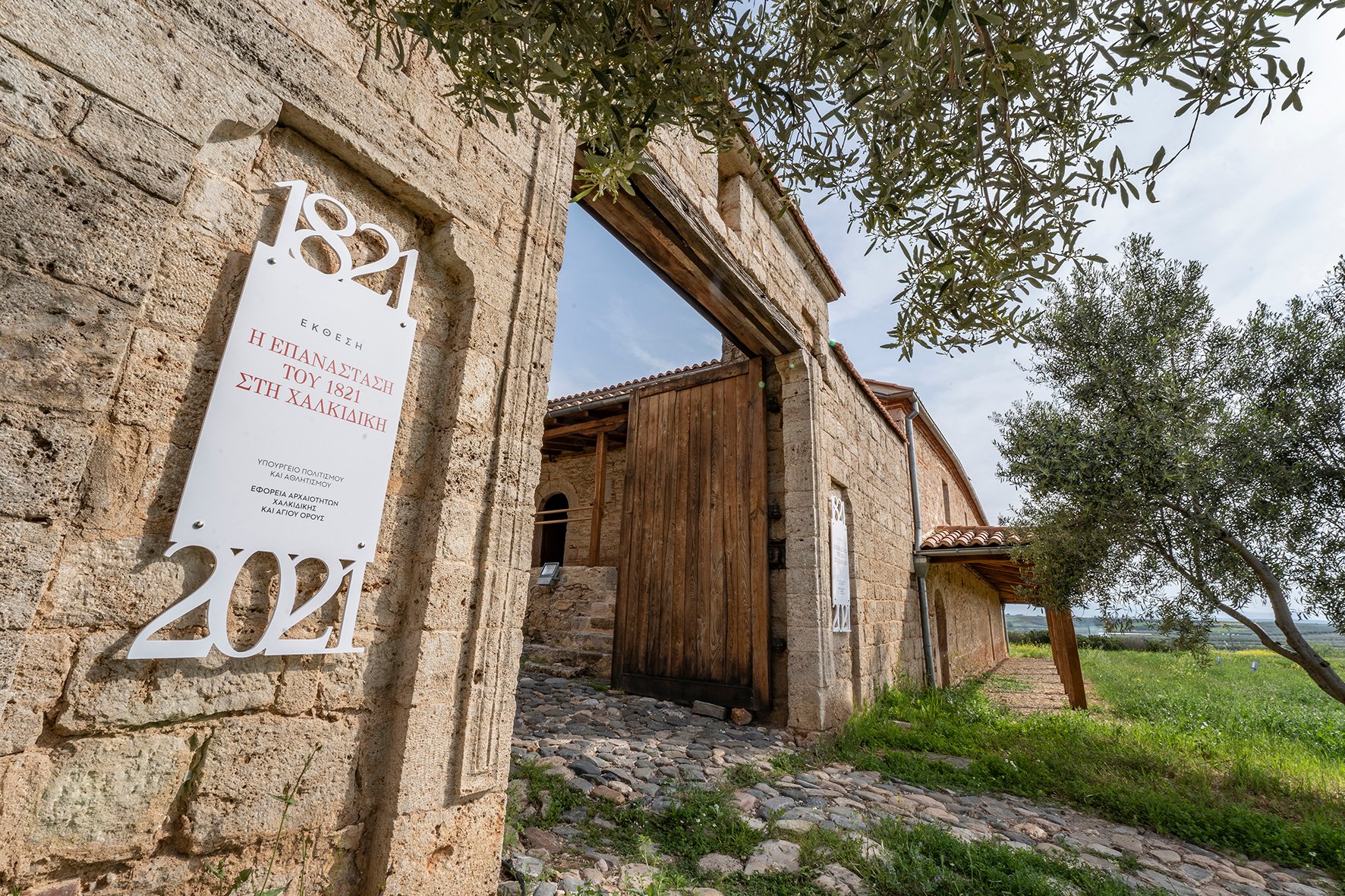 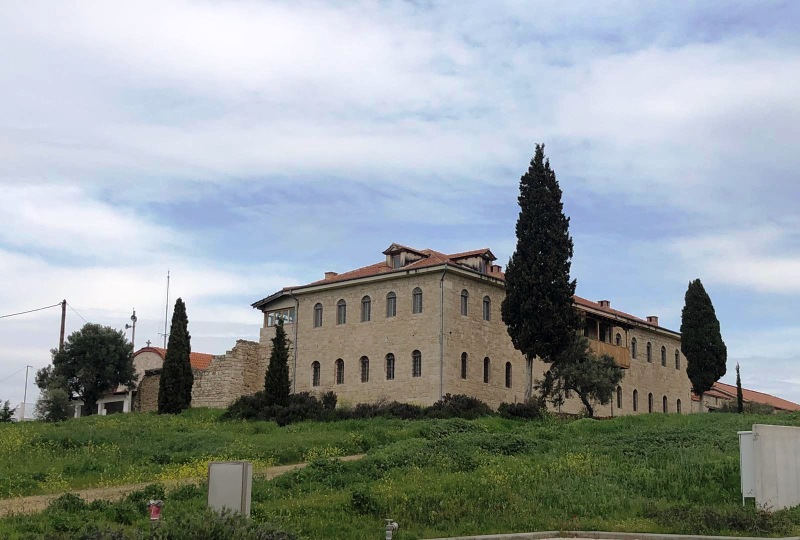 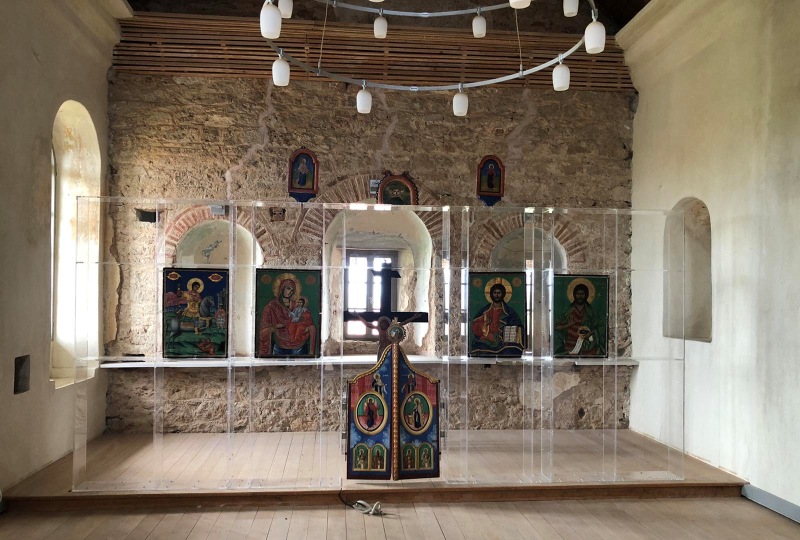 In an alternative route, an “open-air museum” will be organized, which will include some important findings of the prehistoric and classical period, giving details of the historical route in Halkidiki, from the Paleolithic to the post-Byzantine period. On the ruins of a damp building, there is a refreshment, incorporating a modern construction. In the new building blocks will be housed a shop, a restaurant, while an open-air amphitheatre will be formed, aiming at hosting events regardless of the time of the complex.

The first clear reference to the old metropolitan of New Fliyotes of the monastery of Saint Panteleimon dates back to 1311. However, the existing buildings – Paleo, Central and Solo – date from 1853 to 1909. A station in the modern history of the band was the 1920s, when the American Red Cross Hospital was established, with the Main Building being the main building block. During World War II, the band was transformed into the seat of the occupying forces, and in 1960, after a devastating fire, it was abandoned. In 1999 the complex became the property of the Ministry of Culture and the 10th Ephorate of Byzantine Antiquities.

Today, the monumental complex, occupying an area of ​​27 acres, consists of a complex of two buildings of the original core (Central and Old Building), a regional (Solo Building), and various other facilities.

CULTURE NEARBY ACTIVITIES NEARBY NATURE NEARBY BEACHES NEARBY OTHERS NEARBY
Culture, Religion