Arnea combines Halkidiki's traditional past with a vibrant present! Away from the resorts, beach bars and tourists, the village of Arnea is a vibrant community that treasures the past. Here, you will get the real feel of what life is like in Halkidiki's mountains, to admire fine examples of traditional architecture and find out more about old-time crafts such as weaving.

In the old days, Arnea village had a range of names to be called, was known as Liarigovi, yet during ancient times, it was also commonly known as Arni, Arnea and Avgea. In 1821 it was one of 42 villages that were burned to the ground by Baram Pasa. Arnea is one of the 12 historic communities known as the Mantemohoria ("Iron villages"), because at one time, they were obliged to provide workers for the area's mines.

The Ministry of Culture has declared Arnea as historic site because its past and its important examples of traditional Macedonian architecture, too.

Today, Arnea has a population of 2.300 residents and is reknowned for its architecture and the beautiful church of Saint Stefanos. Small guesthouses, traditional kafeneia "cafe shop", taverns is what to expect from the quaint village of Arnea. 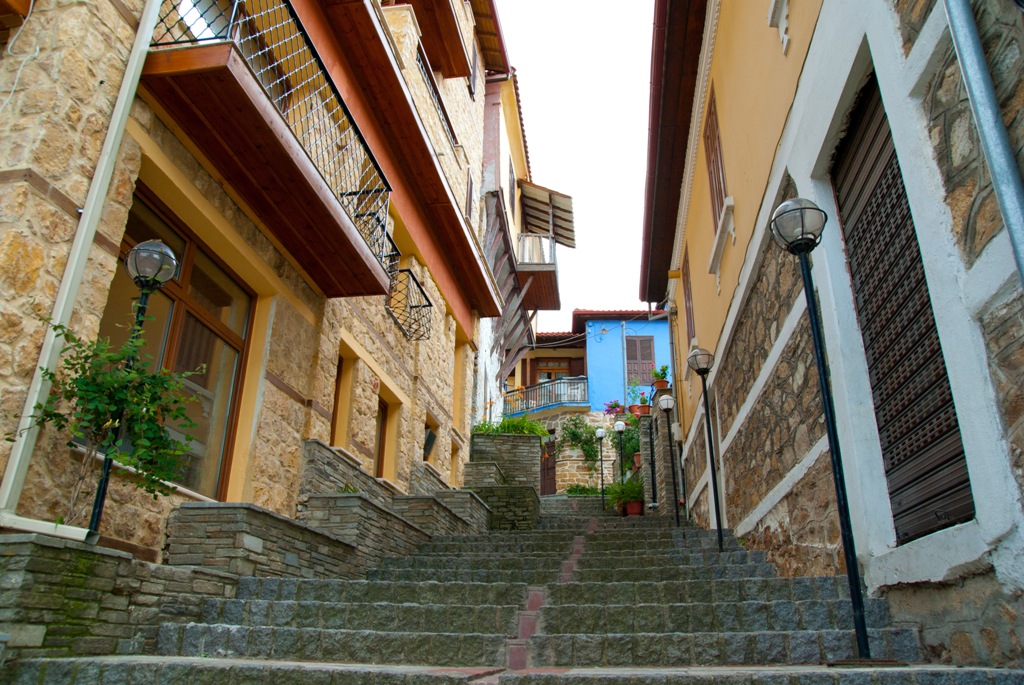 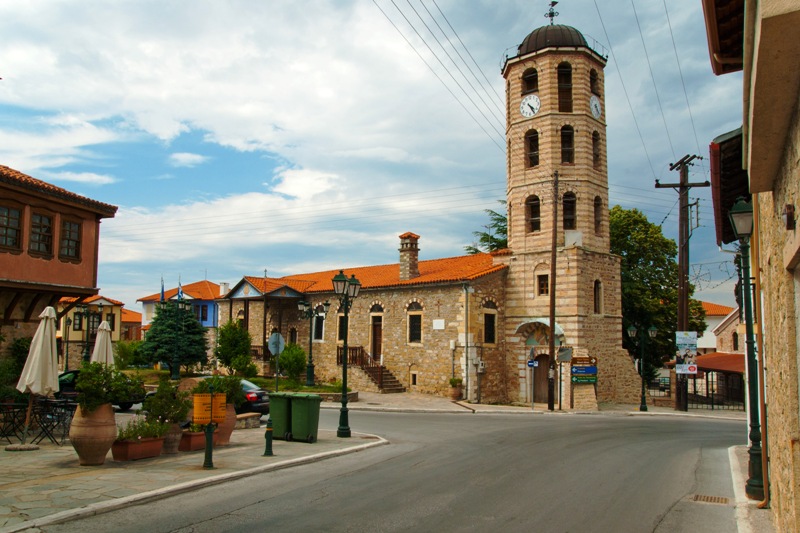 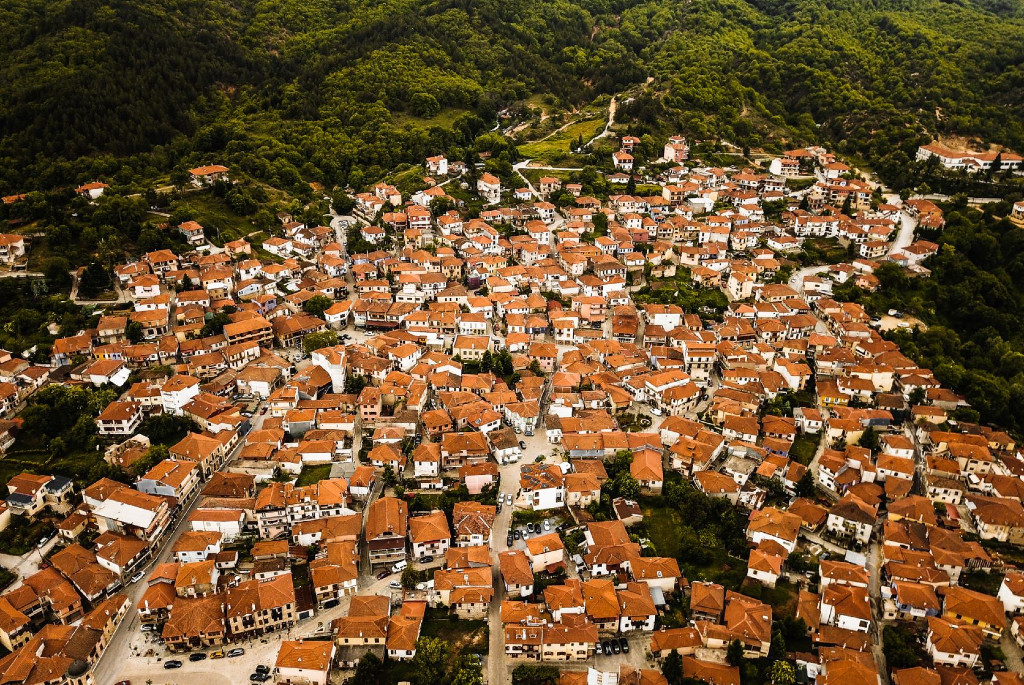 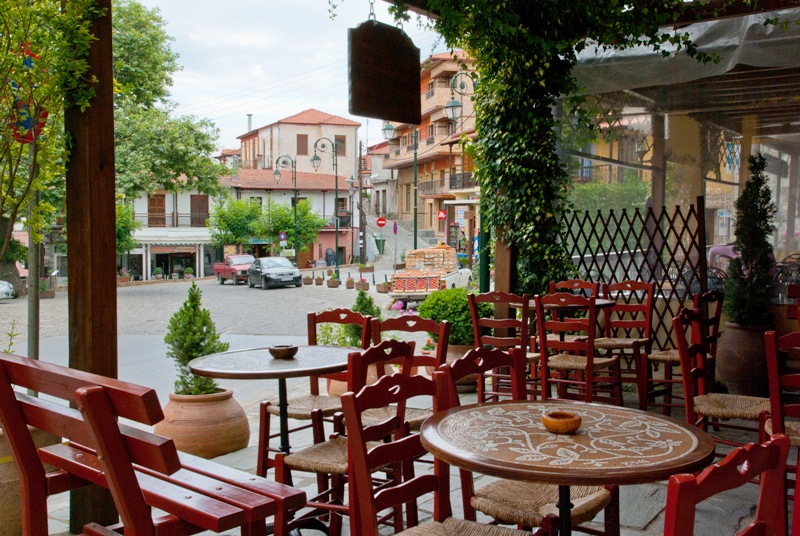 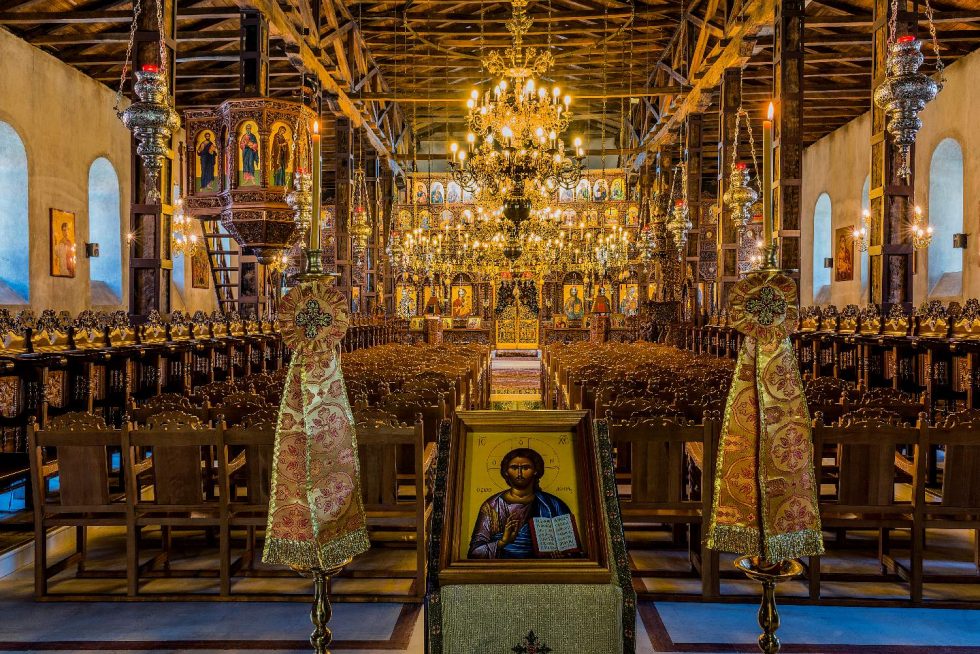 The Weaving Museum of Arnea is dedicated to the local weaver Harikleia Dimitrakoudi, a true mistress of the art, who passed away at the age of 90.  Because of the high quality of her work, Dimitrakoudi has become associated with local weaving, a craft for which Arnea was particularly renowned and which served as a means of subsistence for many of its residents. Women spent their days either weaving or stitching intricate needlework, while men peddled their wares all over the region of Macedonia – itself famous for its textiles – and beyond.

Exhibits such as rugs cross-stitched with a pattern of three pink roses and six buds, intricate kilim carpets, clothing and blankets made of wool, cotton and silk are all evidence of Arnea’s once-thriving cottage industry, which has all but disappeared, pushed out by industrialization. The museum itself is lovely, housed in the residence of a prominent old family, and many of the exhibits are from Dimitrakoudis’ personal collection.

Walking upon the small chapel of Prophet Elias
where the panoramic view of the village is stunning.

CULTURE NEARBY ACTIVITIES NEARBY NATURE NEARBY BEACHES NEARBY OTHERS NEARBY
Central Halkidiki, Destinations, Villages