Distance from the airport → 41km

Vavdos is a picturesque mountainous village surrounded by lush green hillsides, with stone-paved streets, picturesque alleys, and old houses. In Vavdos one can meet traditional small houses, built amphitheatrically on the mountain slope, with the highest peak “Prophet Elias”, at an altitude of 1,050m, where is also the homonymous chapel with a unique view of the plain “And the coast of Chalkidiki. In the building of the kindergarten operates a folklore museum with exhibits from the everyday life of the inhabitants of the village of the previous century.

Vavdos was probably been constructed during Roman times, although records mention it for the first time in 1321. Also, it is the birthplace of Nikolaos Germanos, a parliamentary representative and politician of northern Greece, the founder of the International Trade Fair of Thessaloniki in 1926. 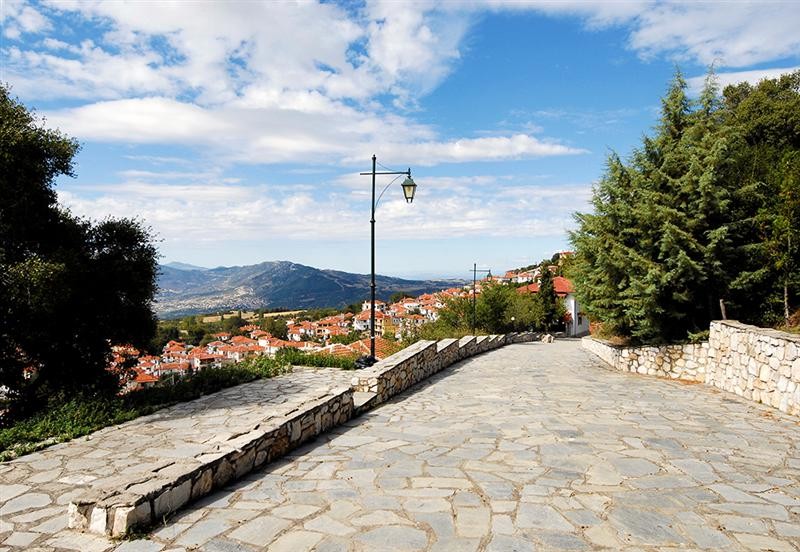 The name of the village is probably due to a Roman chancellor who settled in the area around the middle of the 3rd century AD. The oldest sources that confirm the existence of the village and its settlement date back to the 14th century. In the church temple, in the Temple of Vima, there is a marble pulpit with embossed representations. It seems to be a work of the 5th century AD. which was probably in an early Christian church. In 1821, the village was destroyed and burned by the Turks.

The fair of The Cauldrons of Prophet Elias, an event with traditional music and dancing which takes place on July 19th & 20th. After the church mass, the fair committee cooks especially a traditional Greek dish, goat with pasta, to offer it to the guests with homemade wine.