Culture, What To Dohistory, sightseeing, tradition

The vernacular architecture of Halkidiki is a local version of the familiar Macedonian style.

The region offers a wide range of interesting buildings, from simple one-room dwellings to fine mansions. There is also the distinctive mix of buildings with narrow, broad facades, the area’s main characteristic.

Mademohoria
The mademohoria take their name from the Turkish word for mine, and they are the mining villages which enjoyed great prosperity during the years of the Ottoman Empire, exploiting the lead and silver deposits of the region. The men of those villages had extracted silver for the sultan from the deposits in Mt Stratonikos. Many of them were fine workers in metal, as well as miners. These villages enjoyed special privileges and a certain amount of autonomy; although there was a local Turkish governor, he gave the villagers great leeway to run their own affairs. The villages set up a sort of federation, administered by twelve vekilides or representatives of the mademohoria. The individual mining villages were as follows: Galatista, Vavdos, Kazantzi Mahalas (now Stagira), Stanos, Varvara, Liarigovi (now Arnea), Novoselo (now Neochori), Isvoros (now Stratoniki), Horouda, Revenikia (now Megali Panagia) and Ierissos.

Zervochoria
These are the villages of Geroplatanos and Paleochora (between Agios Prodromos and Arnea), with the nearby small settlements of Sana and Riza. Due to their position on the mountainside, the villages face the sunrise to their left, unlike most of the neighbouring villages – hence the name, from the Greek word zervos (left).

Fishing villages
The picturesque seaside villages of Halkidiki were initially home to families of fishermen. Each village had its little harbour where the fishermen moored their vessels after returning from the sea. In 1922, when the great wave of refugees from Asia Minor arrived in the region, these little villages were transformed. The state granted the refugees land near the sea, not being farmed at the time, and the new inhabitants demonstrated their mettle in building up new and robust communities. Many of the villages have names beginning with Neos or Nea (new), followed by the name of the town or village they left behind in Asia Minor (e.g. Nea Moudania, Nea Triglia, etc.). 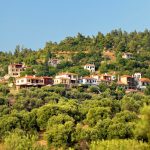 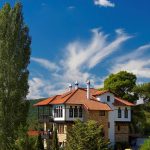 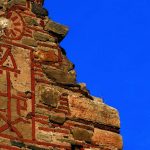