The tower of Olynthos (Mariana)

The tower of Olynthos (Mariana)

The tower of Olynthos, also known as the Tower of Mariana, is one of the most characteristic examples of the Byzantine tower in the region; its builders used not only stone but also tiles, bricks and architectural fragments from the remains of ancient Olynthos.

The late Byzantine tower of the Marians is located 1.5 km north of the archaeological site and the current settlement of Olynthos (formerly Miriofyto) on the left side of the provincial road to Polygyros.

The actual name of this area is "Amarianna", mentioned the first time in a document in the year 996.

Today the tower has a preserved height of about 12 meters and 3 floors (initially 15 m.). For security reasons, the entrance is located at an altitude of 2 meters, only accessible by a former wooden staircase. 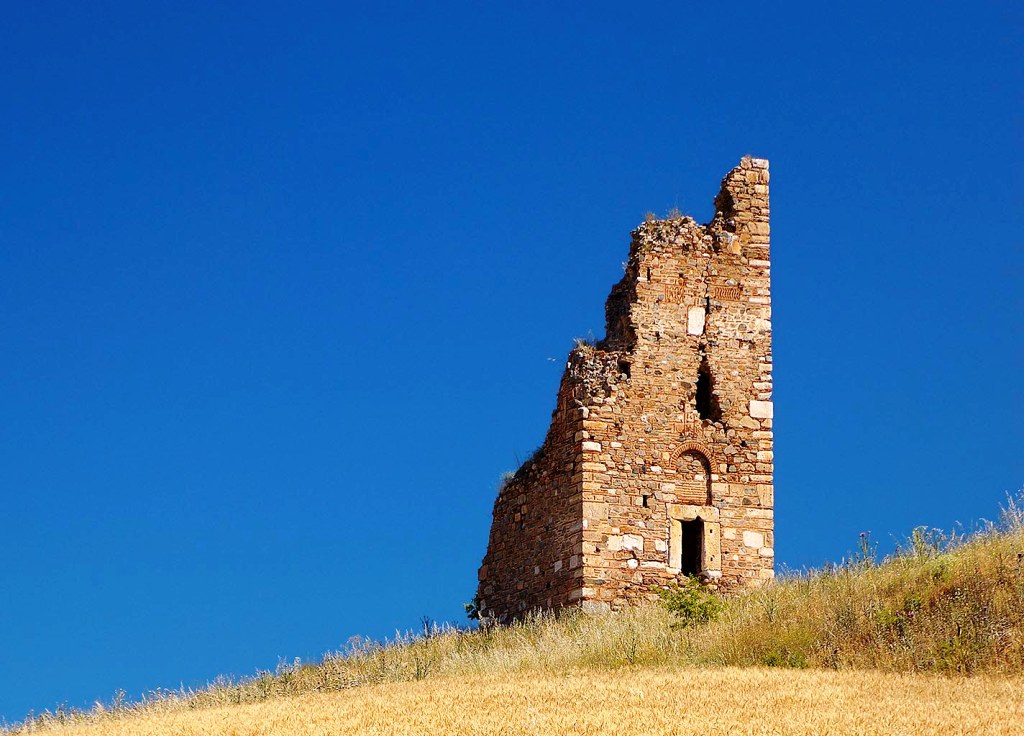 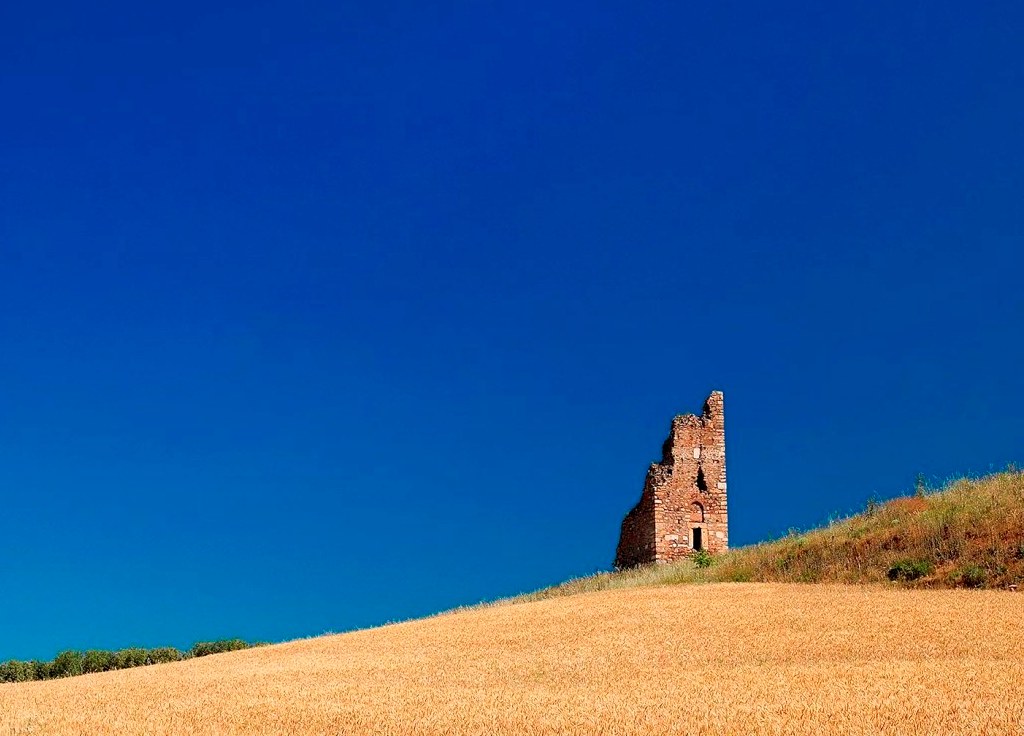 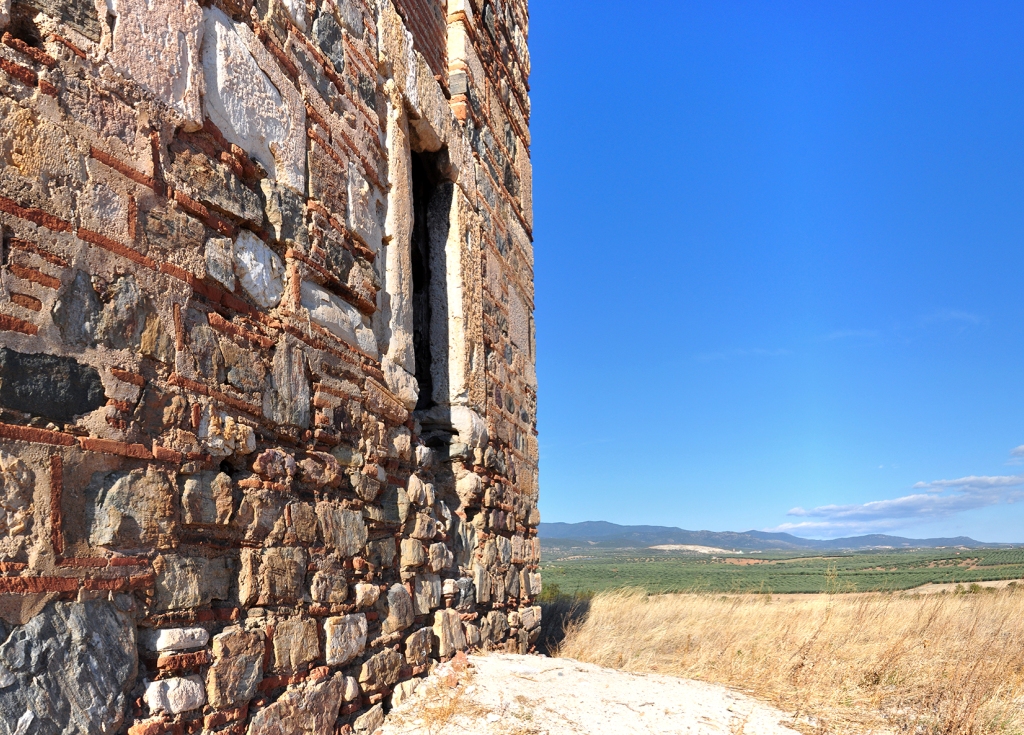 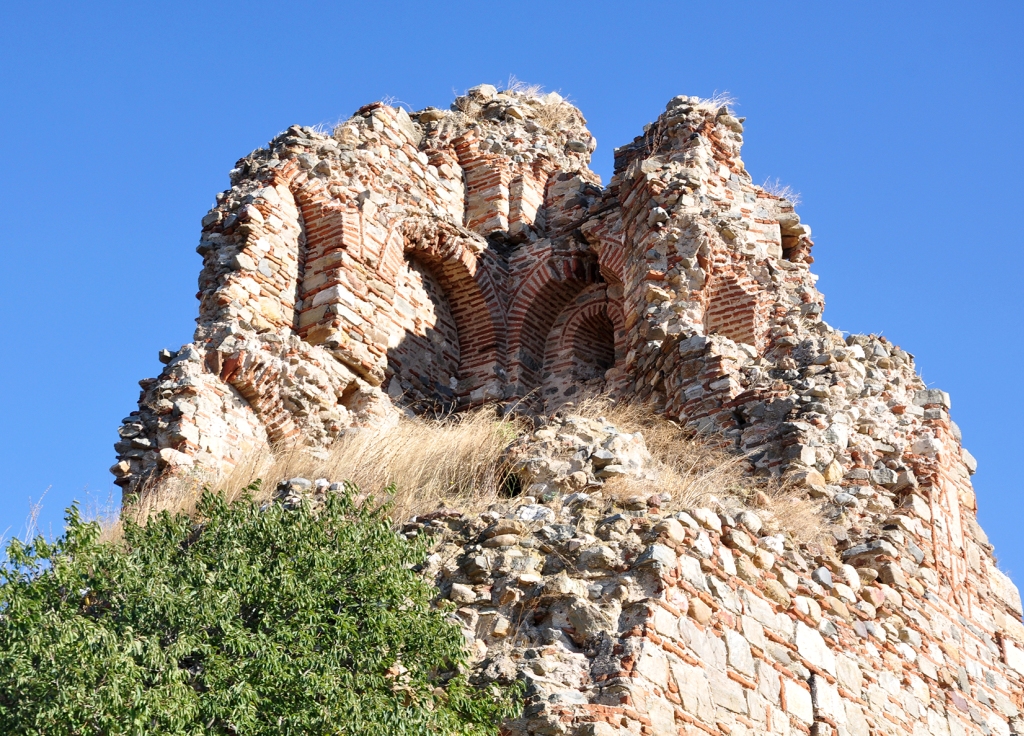 The tower of Olynthos was built in 1374 and by the monks of Dochiariou Monastery, acting as a focal point and defense for the dependency of the same name. A characteristic feature is the cross formed of tiles set into the masonry of the southern wall, which confirms the ownership of the tower. It still exists today to a height of about 15m.

In its former original state, the tower provided a small vestibule after the entrance and a spiral staircase on the left, leading to the 1st floor. The main area is covered with a vaulted roof made out of plinths, probably used as a reservoir. The walls of the first floor are only partially preserved; remaining niches indicate the former existence of a chapel which were a common feature in the byzantine architecture of towers. From the second floor, only a minimal part of its lower walls remains.

The most interesting parts of the tower are the visible marbles, columns and pilasters of ancient Olynthos as well as a relief and 2 ceramic formations.
The relief is on the front façade and shows a litany cross between two leaves.
A further cross with the abbreviation IC XC N K (Jesus Christ Nika) is also visible. In the southern masonry, there are tiles with the cross chart of the Docheiariou Monastery.

In 1373, Anna Kantakouzini, a member of the Palaiologos family and owner of an estate in Amarianna (Mariana), sold the area (with the approval of her husband of Mega Domestic Dimitrios Palaiologos) to the Docheiariou Monastery at a third of its value.
The rest of the value was considered as a donation to the Monastery for the salvation of her soul. The tower was restored in 1374 by the monks and served as a report- and defence centre of the estate of Docheiariou monastery.

Built on a small hill, it overlooked the entire plain until the bay of Kassandra, the bed of the Olynthos River and the road that led from North Halkidiki to the Kassandra peninsula.

A visit to the archaeological site of Ancient Olynthos. Also, at a distance of 150 m northeast of the tower, next to the road, are the ruins of the church of Agios Nikolaos with a nearly completely preserved niche of the church’s apse. A short excavation revealed that this might be the remains of a large early Christian basilica. Maybe it was the church of the village Amarianna and not just the chapel of the metochi.

CULTURE NEARBY ACTIVITIES NEARBY NATURE NEARBY BEACHES NEARBY OTHERS NEARBY
Culturegame of thrones, sightseeing, Tower