The undisputed symbol of Galatista is its Byzantine Tower!

Built on a hill, once surrounded by dense and tall firs, the Galatista Tower dates back to Venetian times. It is one of the best-preserved towers of fortification of Halkidiki.

Architecturally, this type of construction belongs to a large group of Byzantine quadrangular towers, which we find in Macedonia and Mount Athos. They are known for the strong struts that strengthen their outer walls which is characteristic of the 11th to the 16th century. The Galatista tower was built in two construction phases: the lower part of the first construction phase dates back to the 11th century while the upper part of the second phase was finished in the 14th century.

The tower is currently maintained at a height of 16 meters but all details about its roofing remain unknown. From the entrance level until the 3rd floor and the basement of the building is preserved and give an idea of everyday life. It is assumed that the interior of the tower comprised a sink, toilets and maybe even a kitchen area. The third floor provides a part of a niche that may have belonged to a chapel. The tower is made of solid stone and clay (the so-called kurani or kourasani) which is responsible for its dark brown colour. 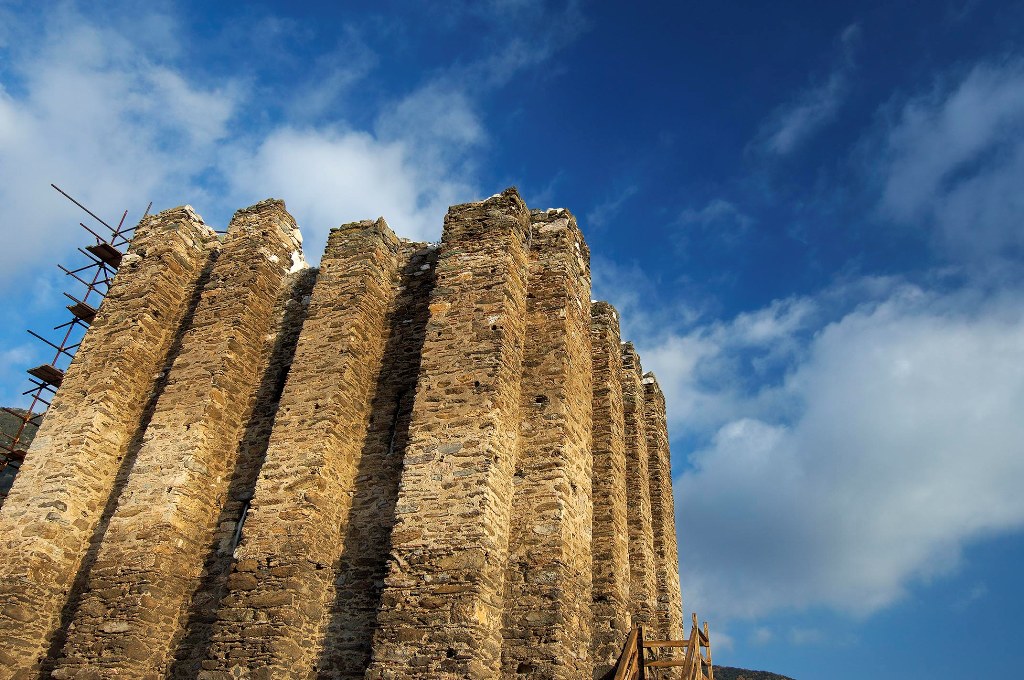 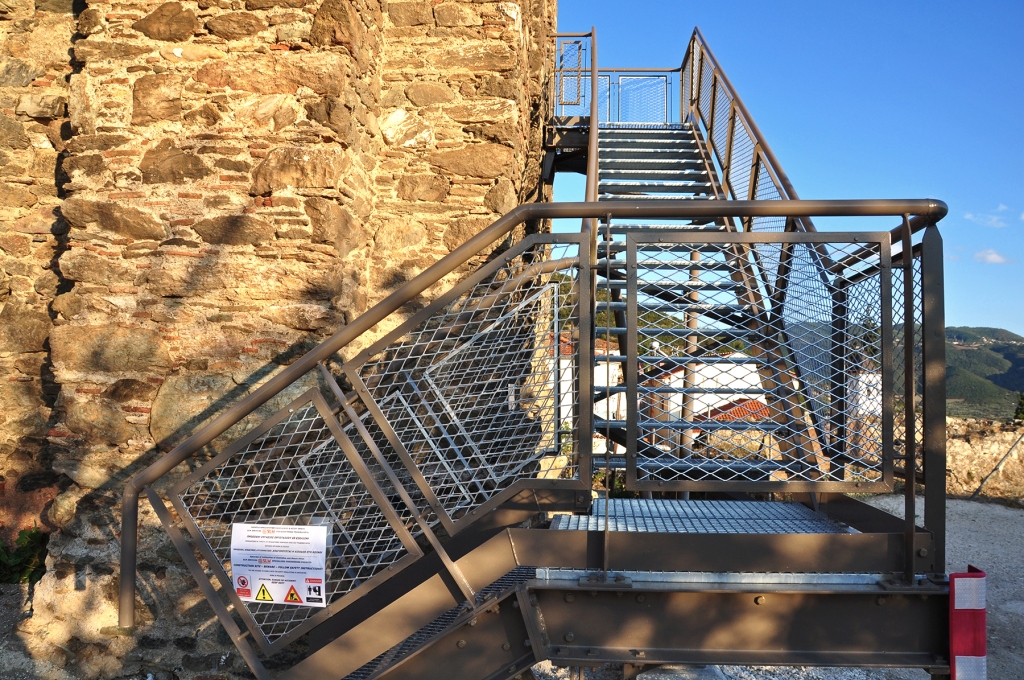 The first reconstruction works started in 1965 by the Archaeological Service.
Years later, in 1994, another excavation was pursued by the 10th Ephorate of Byzantine Antiquities. During the examinations, a built water tank was discovered in the basement of the in the tower’s northwest corner.
Also, many smaller objects were found during the excavation; everyday vessels, coins, a bronze ring and several arrowheads. The finds can be dated to the 11th to the 14th century.

In the period 1995-1996, the 10th Ephorate of Antiquities carried out restoration works on the tower, which were completed in 2008. The upper watermill was restored and a new roof was made. The roofing was kept invisible from the outside in order to maintain the tower’s ruined image. The wooden elements of the tower were reconstructed; including the floors, the staircase, the entrance door and the frames in the lighting slits. Additionally, a new external staircase was made.

The stories and conjectures around the Tower are many and over time have acquired the status of myths.

It is said that Queen Galatia lived in the tower while the king was at war. According to one version, the tower’s name Galatista refers to that event. It is also said that she used an underground tunnel system to stay in communication with the area Agia Paraskevi 3km away.

What is certain is that there was a stream of significant momentum into or next to the Tower. This fact is proven by the watermill that is still preserved just below the Tower.

CULTURE NEARBY ACTIVITIES NEARBY NATURE NEARBY BEACHES NEARBY OTHERS NEARBY
Culturegame of thrones, sightseeing, Tower