Culture, Destinations, Sithonia, Sithonia, Villages, What To Do, Where To Stay

The old village Nikiti is a charming traditional settlement just across the road from the new part. Here, walking on narrow paved small streets, you can admire the beautiful, restored, stone houses, with the internal courtyard, laid out by a stone tile and with wooden balconies with flowers. It is possible to walk to St. Nikita's stone church and then to go down on the area with the big maple and to sit in a tavern, enjoying traditional cuisine.

It seems that Nikiti old village begun its existence as a monastic estate in late medieval times under the Byzantine rule. According to an oral tradition, the old village of Nikiti was established from refugees of the coastal settlements in Elia, Castri and Agios Georgios who were forced to move inland in order to avoid pirate raids. Nikiti survived the fall of the Byzantine Empire and during the Ottoman rule, it was one of the largest villages in Halkidiki.

After the liberation from the Turks, in 1912, Nikiti continued to develop and gradually new houses were built closer to the sea. Many old houses were abandoned and the old village declined. However, the touristic boom of the late 20th century revitalized the interest for the historic settlement of Nikiti. Many foreign visitors, especially Germans and other north-Europeans were fascinated by the beauty and the authenticity of the place and started buying and renovating old houses.

In Nikiti old village, most buildings are aged from the mid-19th century to the thirties in the 20th century. The older building is the cemetery church dated from the 16th century.  Additionally, there are many other houses that represent typical samples of the northern Greek architecture of the late 19th century. Most of them are now in perfect condition having been recently renovated. 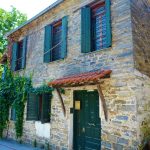 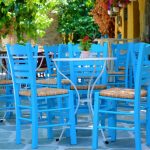 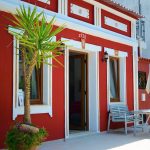 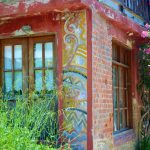