Nea Potidea is known as the Gateway to Kassandra!

Built after 1922 by refugees from Eastern Thrace, is touched by the sea on three sides, thanks to the impressive canal connecting the Thermaic Gulf with Toroneos Bay that was first completed in the 4th century BC.

Nea Potidea used to be the centre of Halkidiki’s political life, along with Olynthus city.

Today, Nea Potidea is a modern tourist resort; every summer, its eastern beach is flooded by thousands of tourists. With cafes, bars, beach bars, taverns, mini-markets and rooms to let, it offers visitors all amenities for a pleasant and comfortable stay. As for the view from the bridge of the isthmus, the Thermaic Gulf on one side and Toroneos Gulf on the other will surely enchant you!

Nea Potidea has one of the longest sandy beaches (15km) that lies to the east and a quite and charming harbor featuring sections of a Byzantine wall lies to the west. 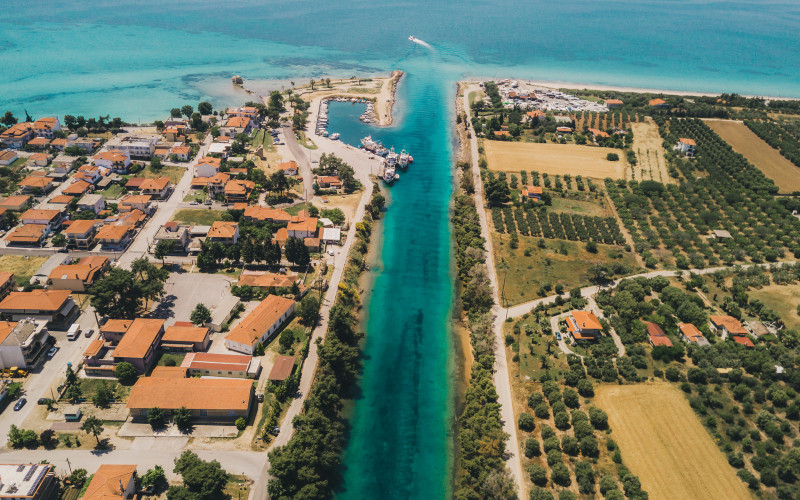 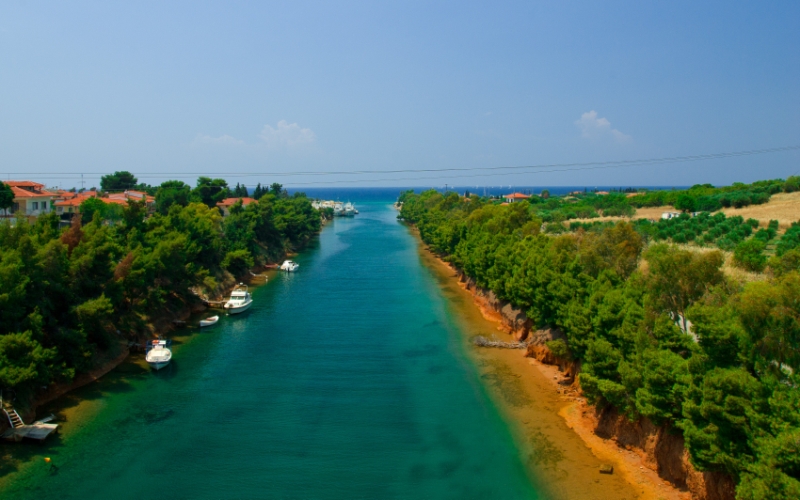 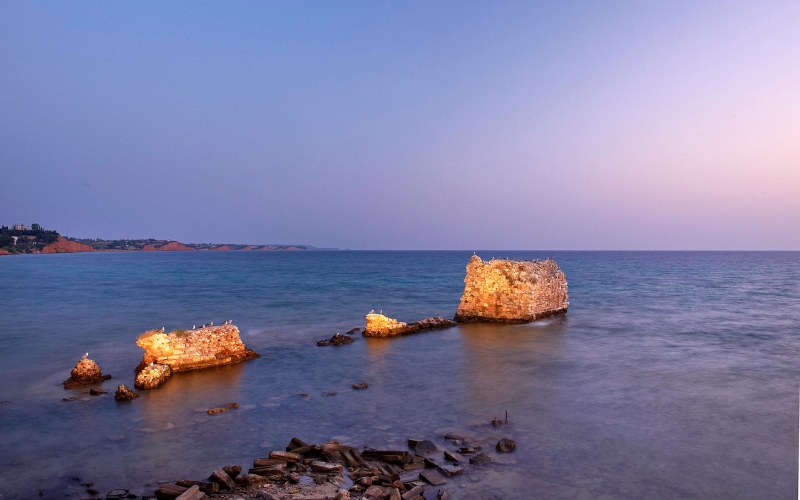 The historic canal of Nea Potidea, which is visible from air, sea and land, was already mentioned in Strabo's era (1st century AD). It was opened permanently in 1930, while the cross-walls of the ancient city can be seen along with it.

The inhabitants of Nea Potidea, who came in 1923 as refugees from Eastern Thrace and Kalolimno, built the current settlement on the ruins of the ancient city of Potidea and of the Byzantine city of Kassandria. It holds an important strategic position, as it controls two gulfs, the Thermaic and the Toroneos.

It is the only entrance to the peninsula of Kassandra. Extensive excavation works conducted by the 16th Inspectorate of Classical Antiquities have revealed many ancient objects, which are on display in museums in the region of Halkidiki and Thessaloniki.

Once you reach the fish-shelter of Nea Potidea, try doing some fishing!