East Coast, Nature, Where To Stayroutes

Mount Athos is the mountain at the easternmost peninsula of Halkidiki.

An UNESCO World Heritage Site, it is home to 20 Eastern Orthodox monasteries and forms a self-governed monastic state within the sovereignty of the Hellenic Republic.

The actual Mount Athos has steep, densely forested slopes reaching up to 2.033 meters near the southernmost tip of the peninsula.

The mountain mass is cleft by deep ravines, along which flow deep torrents and countless streams. It is only at the southern end of the peninsula that water is scarce. The whole peninsula is covered with dense vegetation, which harbours numerous ecosystems. There is a zone of Mediterranean evergreen, including pine, holm-oak, cypress, wild olive, lentisk, laurel, arbutus, and heather; higher up are deciduous forests of oak, chestnut, lime, and black pine; and higher still is the low vegetation of high mountain ranges. 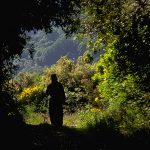 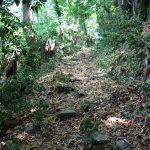 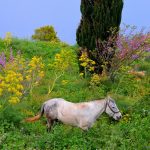