Culture, What To Dogameofthrones, history

The stone tower of Madem Aga, at an altitude of 530 meters,  is formerly part of a Byzantine and Ottoman fortified settlement, which is called the ‘Medieval fortress complex of Sidirokafsia’.

The toponym Sidirokafsia was mentioned for the first time in the 9th century. Sidirokafsia existed during the Byzantine period until the second half of the 9th century. It was one of the eight known villages of Halkidiki. During the late Byzantine period, together with the area of ​​Ierissos and Revenikia (today's Megali Panagia), they were the capital of Ierissos or Arabenikia.

Now protected by a fence and surrounded by installations and the statue of Aristotle, the tower is located at Aristotle Park. This tower has a rectangular floorplan with dimensions of 8.30 m. x 7m with a remaining height of about 12 meters. During the Ottoman occupation, the tower was used as headquarters of the settlement and the seat of the Turkish head of this district, Madem Aga ("madem" means ‘iron’ + aga – Turk title for a ruler). In a little grove near the tower are the ruins of another tower-shaped building which is assumed to be the residence of the Madem Aga. 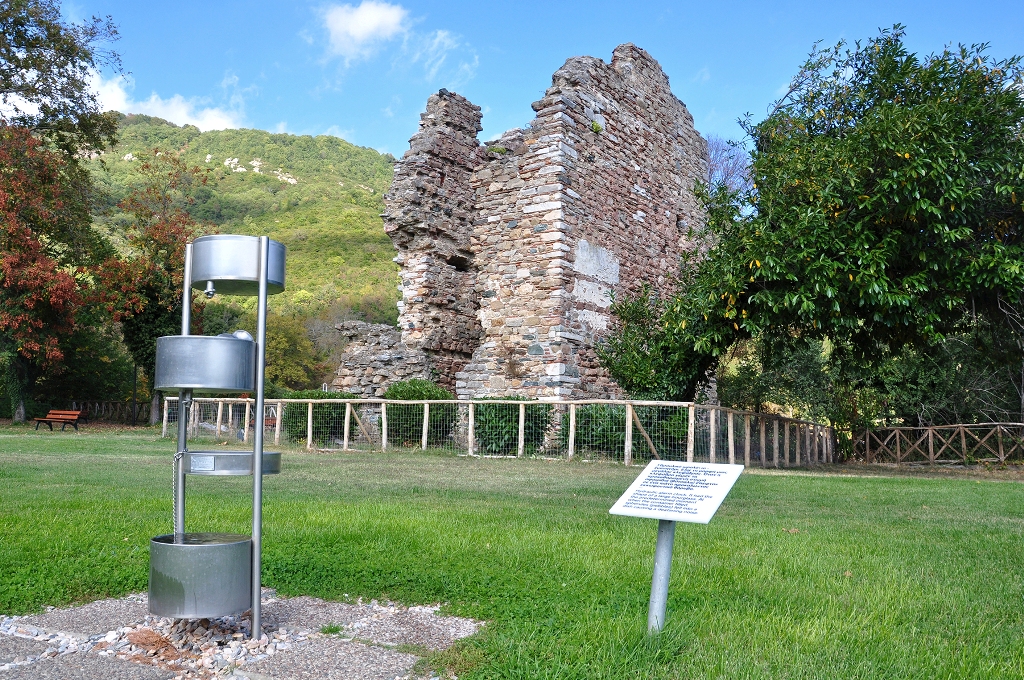 There was minor mining activity during the Roman times, but it faded as there were more profitable mines in the vast Roman territory. Mining production resumed in the 9th century when the Byzantine Empire had already lost much of its territory.

The great flourishing took place after the Ottoman conquest. After the sultan took command over the area in the middle of the 15th century, his regime kept ruling until the middle of the 19th century. During the 15th century, 500-600 kilns were in operation, producing various metals, mainly silver and lead. Due to the metal mines, this area was the most and only important area for the Turks to occupy.

In the 16th century, the area was permitted to operate a local mint. In 1537, referring to the mint of the Sidirokafsia, a third operating regulation was issued.  The efficiency of the mines decreased during the 17th and 18th centuries, while the operation of the mint ceased. After a period of cessation of production, efforts were made to reopen the works in the 18th century, leading to the economic recovery of the region. In the story about the uprising of Halkidiki in 1821, the settlement is mentioned as Isvoros Castle.

A visit to Aristotle's park with your children!

CULTURE NEARBY ACTIVITIES NEARBY NATURE NEARBY BEACHES NEARBY OTHERS NEARBY
Culture, What To Dogameofthrones, history