Halkidiki: A magical trip to the past

Wherever you turn your head in Halkidiki, history is omnipresent, and civilization has left its mark since the early days. Inhabited since 4,000 BC, and with a starring role in ancient Greek mythology, Halkidiki is a diverse mosaic, where the archaeological finds, the ruins of cities dating from the 5th century BC, its Byzantine monuments, and its traditional settlements, all play their role to shape its uniqueness. 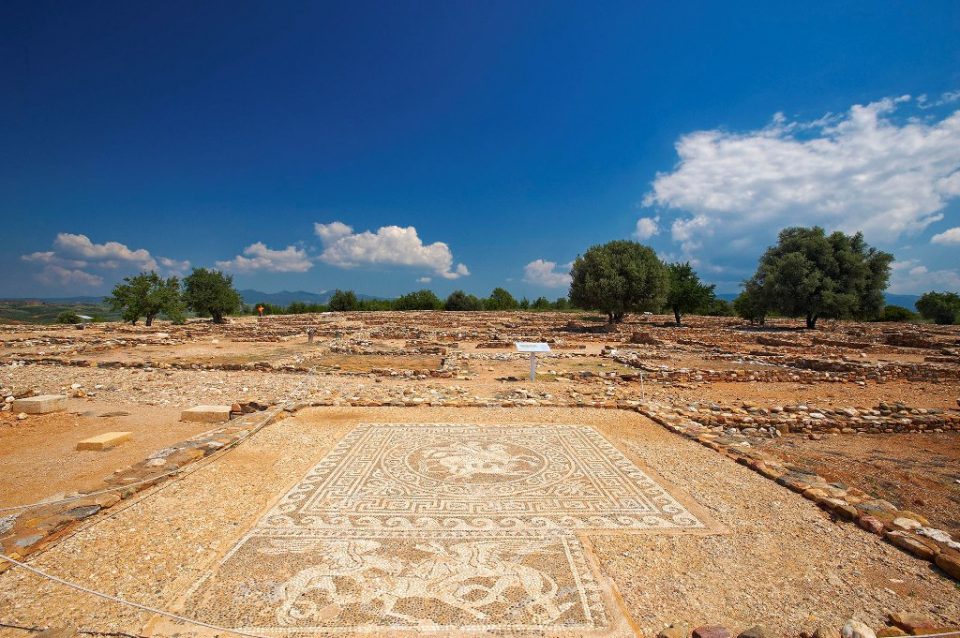 The famous mosaic at Ancient Olynthos

Travel to Halkidiki, and go back in time. Visit the Sanctuary of Zeus Ammon in Kallithea, a location dedicated to the cult of Dionysus, the god of wine and theatre, Zeus Ammon, and Asclepius. Get to know Ancient Olynthos, inhabited since the Neolithic era. 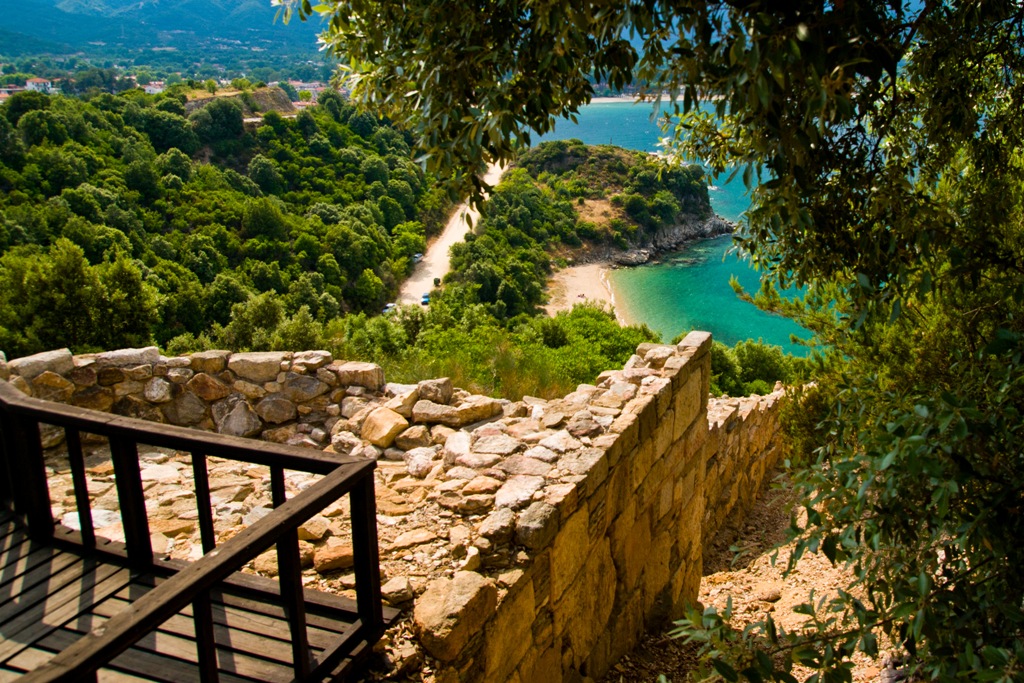 Feel the aura of the great Ancient Greek philosopher Aristotle, in his birth city, Ancient Stagira, and admire the city’s archaic-era walls, its fortification, its Agora and Acropolis. Walk along with the Necropolis of Akanthos, where over 1,300 tombs have been recorded to date, in a cemetery that was used from the archaic period well into the Roman times, and probably, with some interruptions, until the 17th century BC. 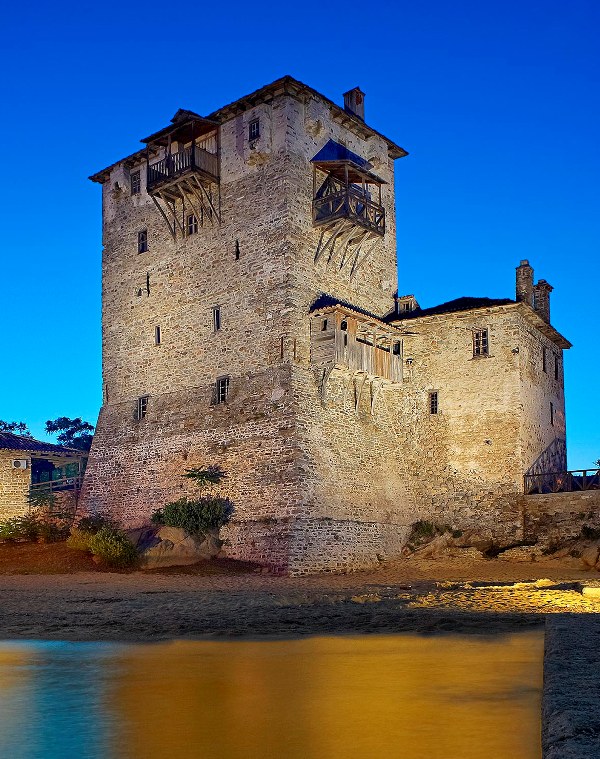 Visit the Archaeological Museum of Polygyros, where Bronze age to Roman period Halkidiki comes to life through amazing artefacts. Go back to the Byzantine times, guided by the Byzantine Towers of Nea Fokea and Ouranoupolis, the St. Paul’s tower and the Prosforios tower respectively, the two best-preserved towers in Halkidiki.

Discover local tradition in the Folklore Museums of Athitos and Arnea, which depict the everyday life of the locals in their elder years, through their tools and everyday items, even their home décor. 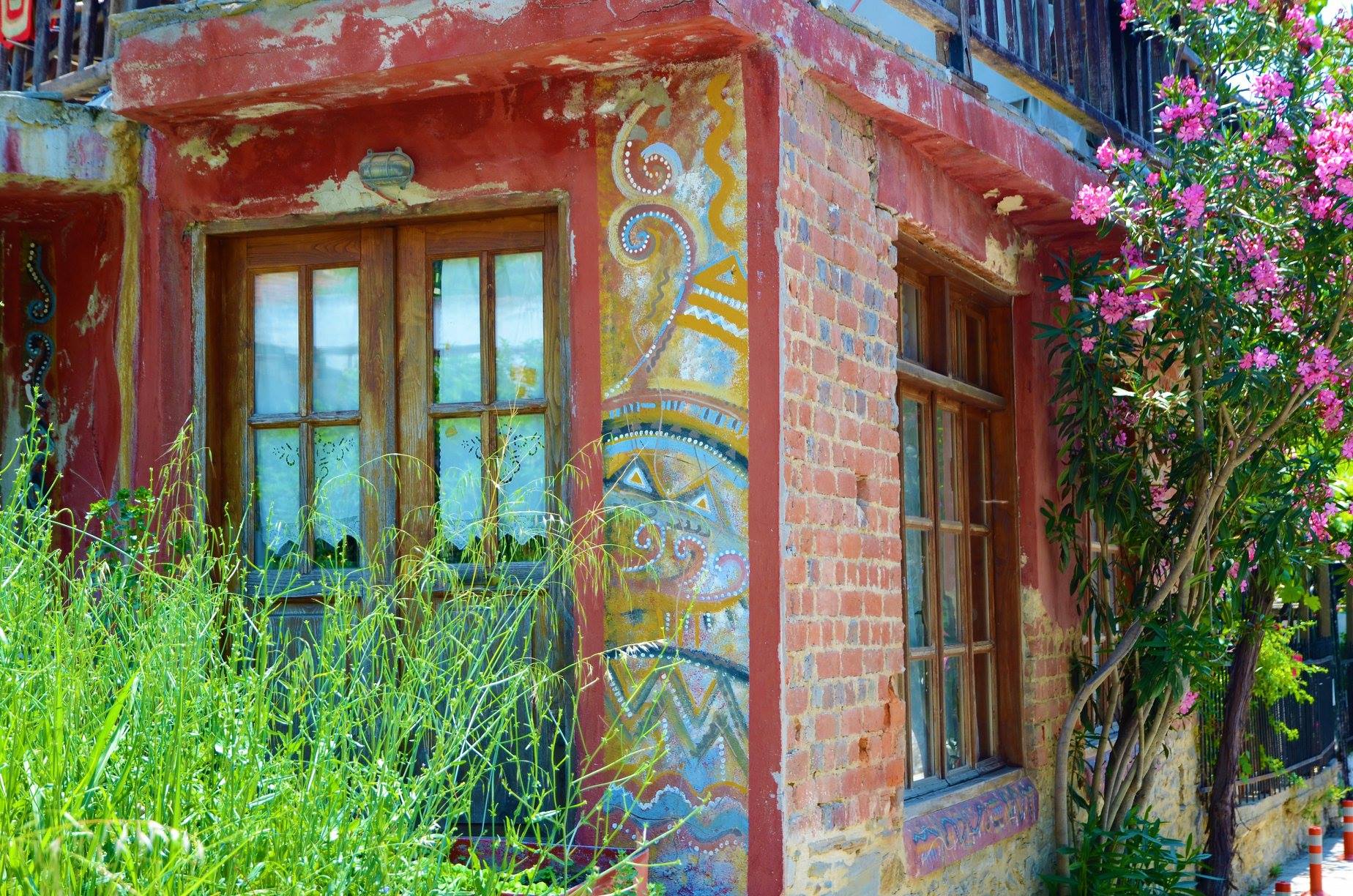 Traditional house at the Old town of Nikiti

Navigate through the cobblestone streets of the traditional, historic settlements of Athitos (or Afitos), Arnea, Parthenonas, and Old Town of Nikiti, exploring their characteristic architecture, their narrow paved streets, and their picturesque old churches. Admire the unique beauty of the St. Stefanos church, a three-aisled basilica built-in 1812, burnt twice, and revealing, through its ashes, three more historical periods of the building, to be admired through its special glass floor. 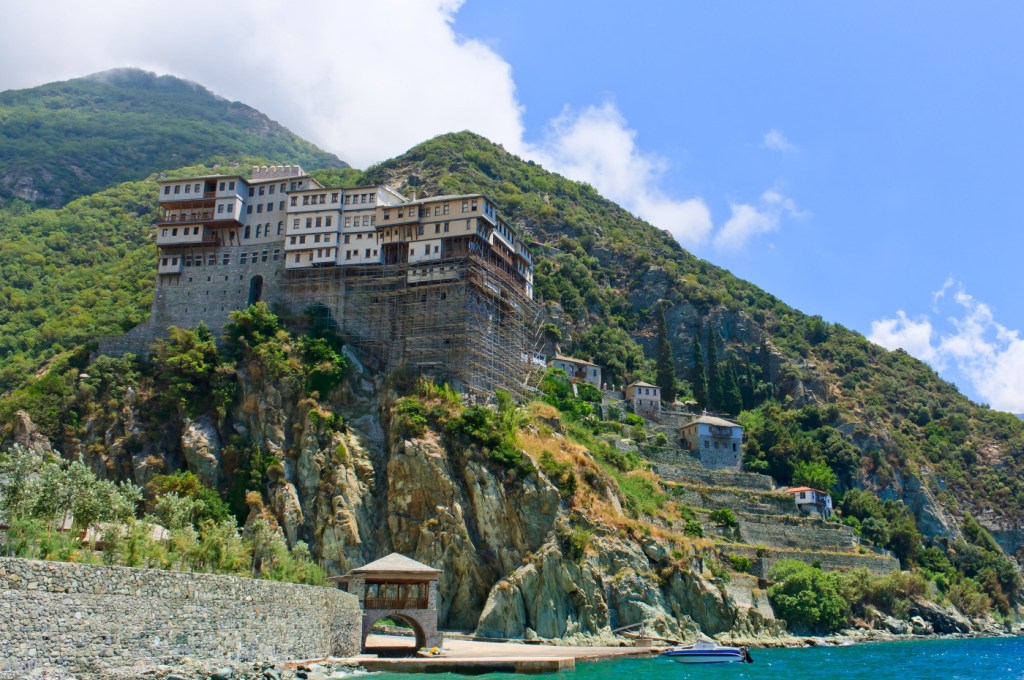 Visit the Monastery of Zygou, one of the most typical and finest examples of Athonite architecture found outside Mount Athos, and let yourself be immersed in the solemn atmosphere of Mount Athos, the heavenly “Garden of the Virgin Mary”, a Unesco world heritage site, with 20 monasteries, 12 sketes, 700 houses, cells, or hermitages and approximately 2,000 monks; an ecumenical beacon of spiritual glory.

Travel to Halkidiki, having history and civilization as your travel companions,
and take the memories of an enchanting trip to the past with you back home.