Halkidiki appears in many Greek myths; it is said that the Giant Enceladus was buried in Kassandra. It is also said that Giant Olympus threw a rock forming the peninsula of Mount Athos and Sithonia took its name from Sithon, the son of Poseidon, the ancient Greek god.

The remains of ancient extinct animal species found at Nikiti, Vrasta and Triglia, bear witness to Halkidiki’s past. The findings at Petralona cave prove man’s presence in the region, 700,000 years ago – the findings include a human skull, dating back 200,000 years.

The first traces of a civilized human community appear in 4,000 BC. The first inhabitants were Thracians and Pelasgians. During the 8th century BC, new inhabitants arrived from Eretria and Halkida (hence the name Halkidiki). By the 5th century new city states were formed such as Aineia, Gigonos, Lipaxos, Potidea, Sani, Mendi, Skioni, Aiyai, Neapoli, Aphytis, Olynthos, Sermyli, Galipsos, Toroni, Sarti, Pyloros, Dion, Kleonai, Olofyxos, Akanthos, Stagira, Apollonia, Arnea and Anthemous. By the end of the 5th century, the 32 most powerful cities founded the "federation of the Chalkideans" under the leadership of Olynthos. The federation was later dissolved in 379BC by the Spartans.

Ancient Stagira, the birthplace of the philosopher Aristotle

In 348 BC, the area was incorporated to the kingdom of Macedonians, leading to the formation of three major cities: Kassandria and Ouranoupolis in 325 BC, and Antigoneia in 280 BC. In 168BC the Romans conquered the area leading to its decay. 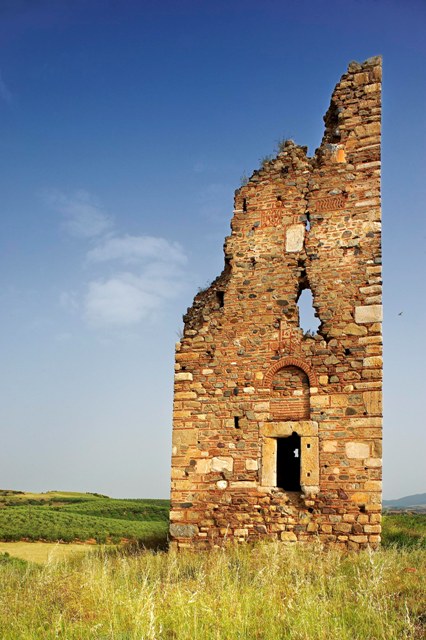 In 1430, the region was conquered again, this time by the Ottomans, incorporating Halkidiki into the administrative district of Thessaloniki. Halkidiki was divided into three areas in order to fulfil certain tax-collecting demands: 1) Kassandra, the first peninsula, 2) Hasikohoria which extended to the bay of Toroni and the Thermaic Gulf and 3) Mademohoria, while Mount Athos remained a separate area. The 18th century is a period of prosperity for Halkidiki, an element that explains why the coastal villages became a common target of pirate raids.

During the early 20th century, the people of Halkidiki joined the fight for the liberation of Macedonia. The long-awaited liberation arrived in October 1912. Ten years later, the arrival of thousands of refugees from Asia Minor led to the formation of 27 new villages that contributed enormously to the region’s cultural and economic growth.